Only on the Motor Yacht Tucano 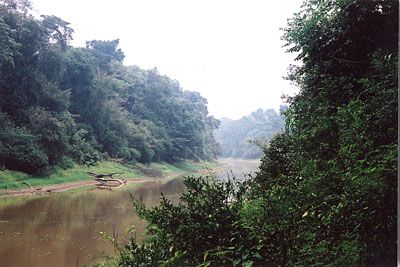 The M/Y Tucano explores deep into a UNESCO Natural World Heritage Site: the Central Amazon Conservation Complex. This Amazon tour from Manaus ventures into the largest reserve in all of the Amazon, over 15 million acres, and the M/Y Tucano is the only vessel that regularly explores in its farthest reaches. The reserve was created to preserve tens of thousands of square miles of uninhabited wilderness rainforest and it is one of the richest areas in the world in the diversity of plants and animals. On our voyages the Motor Yacht Tucano threads its way in through the narrow channels and into the remote tributaries to explore the many different types of rainforest environments.

This area also supports many types of animal which are under threat of extinction elsewhere in the Amazon. Among these are the amazon manatee, the jaguar, the world's largest freshwater fish, the pirarucu, and a magnificent collection of tropical birdlife. We often observe creatures that are becoming rare elsewhere in the Amazon to include are pink river dolphin, gray river dolphin, and giant river otter. Our days are filled with the calls of most of the signature birds of the Amazon such as macaw parrots, and toucans and it is not uncommon for us to see the one of the largest eagles in the world, the spectacular harpy eagle. We often see over 100 different kinds of birds on each trip. The Amazon's s crocodiles, caiman, including the giant black caiman, are still common in this area. 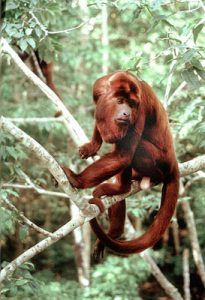 Of course a visit to the Amazon would not be complete without the thrill of seeing some new world monkeys, and we are very fortunate in that several different kinds still thrive in the areas we visit including howler monkeys, Bearded sakis, spider monkeys, squirrel monkeys, night monkeys, dusky titis, and a number of different kinds of tiny tamarins. On any particular cruise we not see all of these animals because they hide from us! But we always see some of them and we are treated to exploring one of the last great wildernesses on earth.

Our expedition cruises are the most thorough, detailed, and sophisticated trip offered in the entire Amazon. The guides are accomplished naturalists and on the trip guests see creatures almost never seen by other visitors. Our cruises are very active and we explore the rainforest in many different ways on foot and in the ship's launches. The small groups will be led by skilled naturalist guides so that participants will be able to experience the wilderness in the most authentic way possible.

[For more information on the Central Amazon Conservation Complex, take a look at the comprehensive description of the reserve on the UNESCO site.

Why Travel With Us?

Sustainability and the M/Y Tucano