You are here: Home / About Us

Begun in the early 1980's, the business that became Naturetours.com / Ecotour was a lumber importing company. We would buy lumber from sawmills in the rainforests of the Amazon and distribute it to factories and lumber outlets here in the United States. But by 1988 we became aware and convinced that rainforest conservation was one of the most important goals of our time, so in 1989 we began to offer some of the first "ecotours". 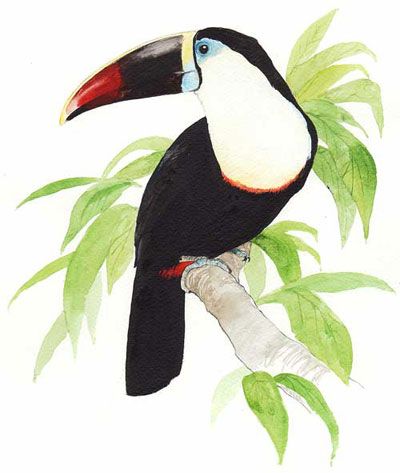 At first few people thought that ecotourism would ever amount to more than a tiny niche in the travel industry. But to quote Victor Hugo: "An invasion of armies can be resisted but not an idea whose time has come". Now, "ecotourism" has matured into a multi-million dollar industry and the term has become a household word. The first ecotours were rugged expeditions into the Amazon and guests had to be prepared for inconvenience and discomfort. Nowadays our travelers can voyage deep into remote wilderness in considerable comfort.

The growth and evolution of the ecotourism industry is reflected also in how our company has developed. The first "ecotours" took place in the Amazon rainforest on somewhat rustic riverboats. The trips were fascinating, though the accommodations were a lot like camping! But today the our trips take place on the Motor Yacht Tucano, a comfortable, air-conditioned, and well appointed vessel specifically designed for wildlife observation.

The comfort of the vessel permits just about anyone to access and enjoy the wonders of the Amazon rainforest. Our Amazon cruises retain the essential elements that make a wilderness cruise successful: a small group size, deeply skilled guides, remote and unspoiled places to explore,  a comfortable vessel, and operations that have minimal environmental impact and are sustainable. Most importantly, our staff in the Amazon have prospered. For many of the crew members, their children are the first in their families to be able to go to school.

The many years of operation show not only that ecotourism has struck a chord with the travelers, but also proves the success of a compelling idea: that small scale nature tours can help support local communities while at the same time helping protect the environment. Though not all trips promoted as "ecotours" meet this standard, mostly the goals of ecotourism are being met. Travelers worldwide are helping local communities gain income while preserving the environment.

Over the years our staff and guests have observed and experienced some of the most astonishing creatures and environments in tropical America.

Come and share with us this thrilling and important adventure in the greatest wilderness on earth.

Why Travel With Us?

Sustainable Travel in the Amazon